Another week, another sketch and this time I had new stash to play with after a little spend at Gottacraft.  This is from the monthly kit and features Miss Caroline papers which are very yummy indeed.

I had a trawl back into the distant past for my photo - back to the first time I was pregnant - 17 years ago - and chose a couple which I've wanted to scrap for a long time. 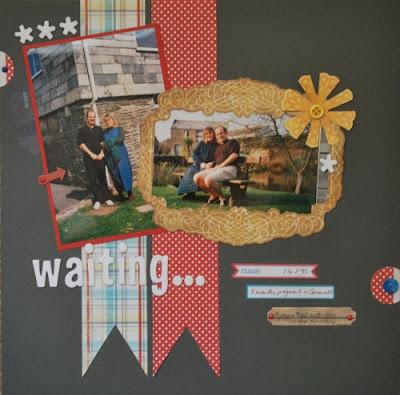 So here it is - Twisted Sketch #144 with a twist of 'Weather' which I have to confess only plays a minor part in my layout, in a sunshine embellishment and a mention in the journalling, but I loved the sketch and in homage to one of the latest must do trends, I have cut my strips into banner tails!

Head over to the Twisted Sketches site and see what my lovely teamies have come up with this week.

A layout with no photos

I've not done one of these before, so I'm absurdly pleased to have done this finally, as I've seen lots of lovely examples on blogs and in magazines.

I've been having a huge sort out of old paperwork/memorabilia/letters etc. which has been cathartic in terms of decluttering, great in reviving old memories and revealing in unearthing treasures from past trips and activities.

This layout came from opening up an old FX envelope.  It had just the perfect amount of memorabilia from our trip to Bruges five years ago.  I have scrapped quite a few layouts so this will complement them perfectly. 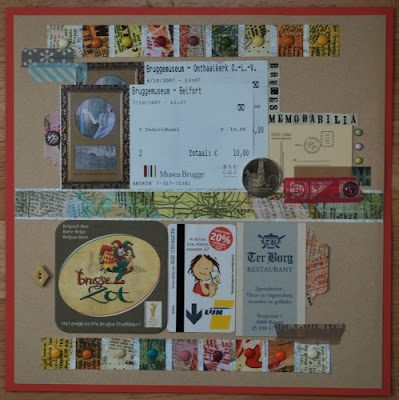 I used a sheet of BG Out of Print from my advent swap, the strips seemed to complement the bits and pieces I had.  I added an old 7 Gypsies postcard, some washi tape, old BG brads, and some of my precious new Out of Print ones, a button and used my tab punch to cut a couple of tabs.  Glitz letter stickers finished it off. 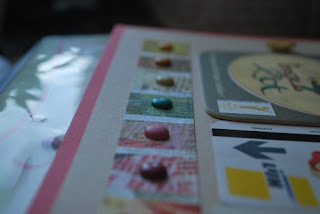 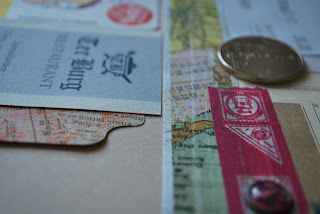 I'm very happy to be continuing on with the Twisted Sisters for another term, and am delighted to wave hello to new team members as well as a sad farewell to a couple of the old team.  With all that talent on show, do head over to Twisted Sketches for a look at sketch #142 and some layout inspiration.

This is my version: 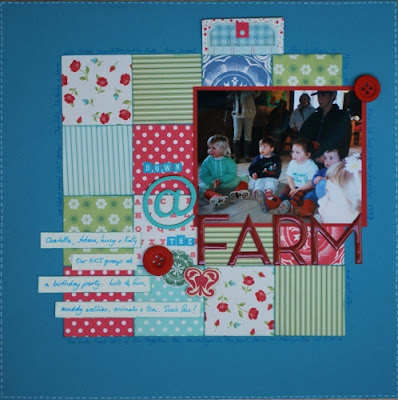 I'm not too fond of the shield shape, so I twisted the shape into a square (yes, a bit of a cheat but I wanted to get a sort of patchwork, country look to go with my farm photo and what better line than Cosmo Cricket Odds & Ends, a range that I love, although it breaks Shimelle's cardinal rule about mixing cream and white - something I found out as I created!!)  I used a punch to cut my squares then sanded and inked the edges and made the grid.  I journalled on strips and all around the square to fit in the story, and added a few embellishments (one cut from paper, one Crate chipboard piece and a couple of buttons.  A mix of lettering (Cosmo tiny type, MM epoxy red letters (that pack has done me so many titles :)  )  and finally Thickers.  Some doodled stitching around the edge finished off my layout.

I meant to do this for 10 on the 10th but time went by and I didn't manage to post.  Never mind!    Happy Anniversary to Me - 7 years ago I joined UK Scrappers, having just discovered scrapbooking in the form we use it now (I've made scrapbooks throughout my life in the old way!)  Before that I'd been a card maker for at least 10 years, but was getting frustrated at 'wasting' such lovely stash on cards that would largely be thrown away (cheapskate - yes, I know!!)

Once I'd discovered scrapbooking and bought my one and only QVC TSV - K and Co (what else!?) I joined UKS looking for inspiration, found an online community (wow were my friends worried that I was making friends on the internet!!) and made some fantastic friends through the crop that we started after my first retreat in Eastbourne.  7 years later I am truly happy that I found such lovely friends, a great hobby (not just mountains of stash!) and albums full of memories.

Anyway, in musing mode, I turned my thoughts back to where I first started, and these are 10 of the first layouts I ever did.  It's interesting to see how stash has evolved (no Thickers in those days!,very few collections - BG did one at a time!, and also to see how things are cyclical - stamping on layouts, brads, film strip etc.)

1) The first layout I ever did - and the first time I used rubons, and note the ricrac stickers - real ricrac didn't come in for a while! 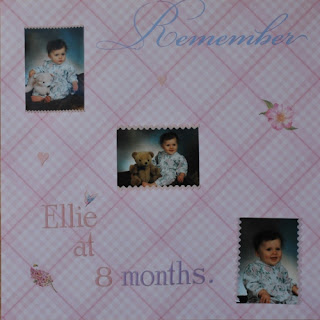 2) Another from my K and Co collection - it's funny how quickly I went off pastel stuff - there is hardly any more in any of my albums. 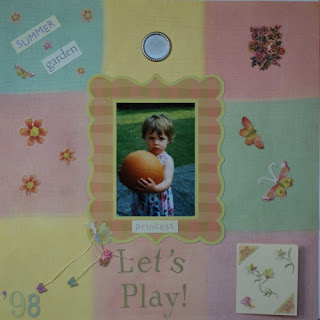 3) I am really proud of this as it is my first hybrid layout - long before I'd heard of digi scrapping.  I made and printed the letters on the computer.  This is also my first foray into fancy fonts - a passion that has lasted a long time! 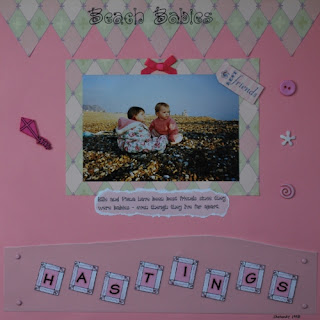 4)  Gin X was once of my favourite paper manufacturers - don't think they exist any more.  Die cutting was quite new to me too.  The title was cut for my by some kind person on UKS.  I didn't do too much journalling either in those days. 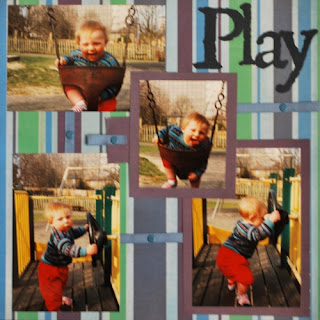 5) Another trade of die cuts - film strip was to die for - and now it's back for a renaissance.  I'm interested to note the 'findings' flower on this layout which came off a bracelet. I'm also rather painfully aware of how much more I scrapped my DD at this time.  Maybe a lack of boyish papers? 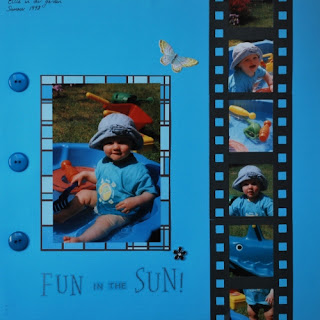 6) I hadn't been scrapping long when ribbons became a must have and my large collection began.  As I mentioned the other post, I hardly ever use them at the moment.  I'm also interested to see the patchwork background as that is something else I've been revisiting recently (see tomorrow's post :) ) 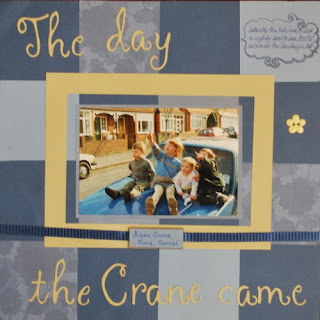 7) This layout was done at my first retreat at Eastbourne.  I was very impressed by the simple block scrapping that Giselle did at that time (she was at the retreat) and this layout was inspired by this.  I was also thrilled to find the embellishments at the retreat shop as I didn't have many in those days.  My background as a stamper shows on this title. 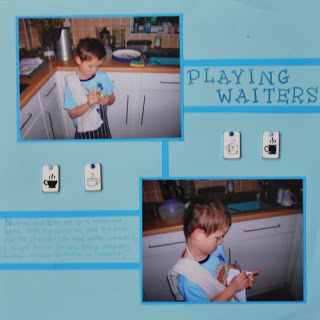 8) Before the vast array of alphabets that we have now came into being, I was an avid hand cutter, inspired by the 900 odd fonts I downloaded onto my computer!  I became a dab hand with my glass mat and a knife - I still do it occasionally, but now everyone has Cricuts etc. it doesn't seem quite so effective!  This paper came in a swap and was perfect for my photo.  The title letters were coloured in with a leafing pen - another hangover from my card making days. 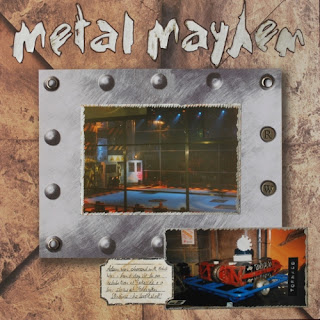 9) SEI were another of my favourite brands in the early days, and the letters came from another trade on UKS.  This was my first adventure with a corner rounder - borrowed! 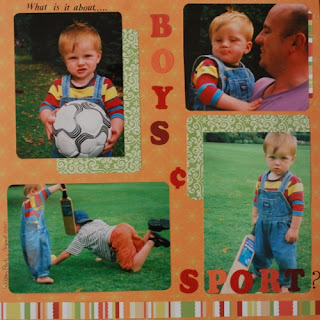 10) Another paper that I wouldn't probably buy now, but I like the layout as it reminds me of the development of my scrapping over time. 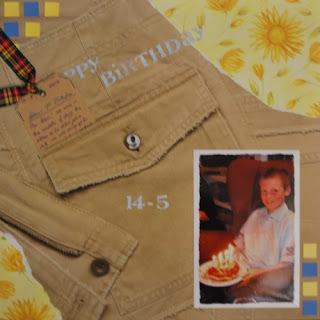 So what have I learned in my looking back?  Firstly, my style is still blocky! unless I really try to do something different.  Secondly, I have much more dimension in my layouts now.  Thirdly, I hadn't really heard of white space then.  Finally, I'm still on the lookout for new techniques and looks, I still do a lot of multi photo layouts,  I very often mix different manufacturers products, I'd like to do more hybrid stuff and I can definitely get inspired S-J style by things on my old layouts.

You know how you have phases with stash.....

well, I have a million ribbons, and I hardly ever use them any more.  I can't summon up any enthusiasm for them at all at the moment.  What did I used to do with them?

In the meantime, they have been spreading themselves and have started to annoy me!  So I had a grand sort out today.  I emptied my ribbon storage and started again, organising by colour.  I even ironed some of the ones that had become very kinked!  I can't actually believe I am admitting this in public!  Especially when I promised DH I would tidy our room - (well, the ribbons do live in our room so...... :) lol ). 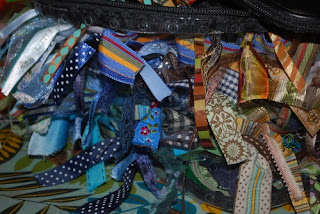 My ribbon collection is mainly green and brown, with significant contributions from blue, black, pink and white. My turquoise ribbons have obviously been used up as I use that colour all the time in scrapbooking.  I've separated out all the lace, ricrac and very narrow ribbons that fall out of the holes in my organiser.  I also put aside a basket of ribbons which I probably won't use for scrapbooking but could be used with great effect with the cardmaking blitz I keep promising to do!  Maybe I can think of some uses for ribbons on cards cos I'm stumped for using them on my layouts. 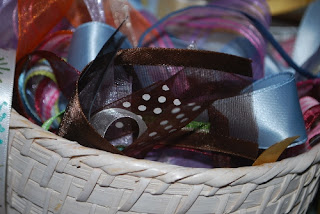 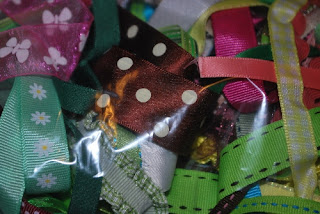 Finally I sorted out a bag to rak, of ribbons I don't really use or have more of than I'll ever use.  Wonder if I can convince DH that it was a good use of an afternoon?
Posted by Ali at 8:00 am 1 comment:

Spring on the Seasons Tree

As Valentine's is well and truly over, and even February has passed, it was time to update the seasons tree for spring.  I had a pack of Prima flowers which I had bought on the net, not realising that they are very deep and not suitable for scrapbook pages.  I had the vague idea of making a wreath, and may well in the future.  Meanwhile, they adorn my tree perfectly for March. 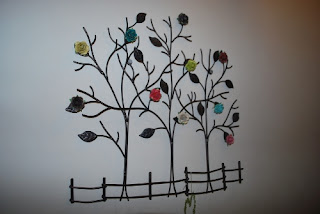 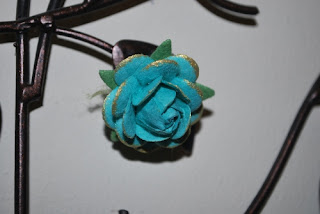 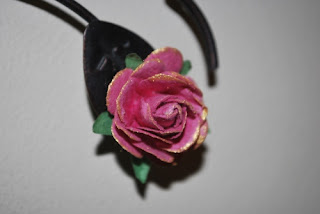 I haven't quite got round to getting a kit together for the new March look, but I was attracted by the oh so current on trend chevron paper and decided to have a play.

Not the right colours for the kit, but as an experiment I used up scraps of my BG Oliver collection, just to see how it went. 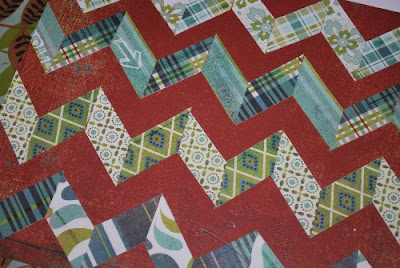 It's a lot of work! and it needs to be very accurate, otherwise it gets crooked - it did!  Do you use parallelograms or oblongs?  Do you make stripes or fill in all the blanks?  Do you use random patterns or keep it orderly?

I like chevrons and I might well  make some more patterned paper with scraps, but it's a labour of love!
Posted by Ali at 9:24 pm 15 comments: 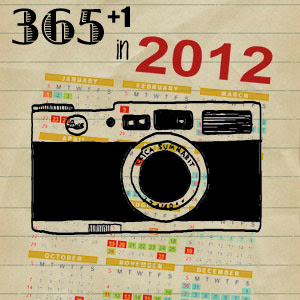 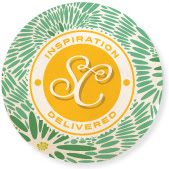 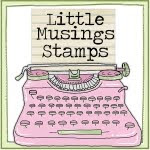